Between the Lions Wiki
Register
Don't have an account?
Sign In
Advertisement
in: Episodes, Season 2 Episodes, Long "I" Episodes,
and 17 more

Good Night, Knight is the twenty-third episode of Season 2 of Between the Lions, and episode 53 in total.

Tim Lagasse, Jim Napolitano, and guest puppeteer Sal Macri, put on a puppet show with tin knights. Before the show starts, the lion family looks at models of the puppets and watch the rehearsal. However, Leona accidentally knocks over the puppet of Angelica, and Sal shakes his head, implying that he can't fix it before the show starts; Leona feels bad about it.

When Lionel says he can't believe Leona won't get to see the play because she knows it all by heart, Sal gets an idea and asks Lionel if that's true, and Lionel says yes. With that, Sal, as Orlando Furioso, asks Leona for her help; when Leona wonders if he wants someone else's head torn off, Sal corrects her, asking if she will take the part of Angelica, and be Orlando's "fair maiden."

With the encouragement from her family, Leona accepts, and the play is a success. Sal, as Orlando, thanks Leona, saying that she saved the show, and Leona thanks him in return.

This page has a limited amount of images in the template. For extended images, see Good Night, Knight/Gallery. 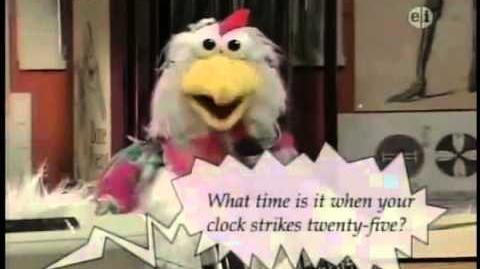