Start a Wiki
The Lost Rock is the second episode of Between the Lions.

A rock flew into the Busterfield Library who haven't seen his home for two years is named Larry. He wrote a song; "The Rock Song" and sang the song. In the end, Steve the Bowling Ball rolled down the stair banister. 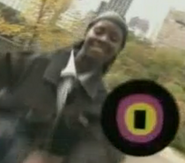 Add a photo to this gallery

Retrieved from "https://betweenthelions.fandom.com/wiki/Episode_02:_The_Lost_Rock?oldid=15536"
Community content is available under CC-BY-SA unless otherwise noted.